In 1994, Steve Katz became the world’s first chief information security officer (CISO) after Citicorp endured a string of cyberbreaches at the hands of Russian hackers. Katz is an undisputed legend in the CISO profession that he’s credited with launching. His origin story remains relevant today for CISOs adapting to new reporting structures and relationships with their C-suite colleagues.

Prior to joining Citigroup’s predecessor organization, Katz helmed JPMorgan’s information security unit. The offer of a C-level title and a blank check to “build the best information security department anywhere on the globe” was too much to pass up, Katz told Cybercrime Magazine last year.

Cyberattacks continue to drive CISO hiring and information security investments today, more than a quarter-century after the position first emerged. How the role has evolved since then sheds light on the current reporting structure trend of CISOs reporting directly to the CEO or other C-suite officer, with a dotted-line relationship to the CIO – because at the onset of the CISO role, this wasn’t the reporting structure.

The CISOs who followed in Katz’s footsteps in the mid-1990s through the late-2000s typically had come up in the IT function. They had networking and infrastructure experience, maybe some IT audit expertise, and even a little bit of risk management in their backgrounds. The role was technical in nature, and it attracted rising leaders who previously may have aspired to become a CIO. (Prior to the CISO position, the role was often called a security manager.) During the position’s first decade of existence, most CISOs reported directly to their CIO; there wasn’t much, if any, consideration of a different reporting structure, and CISOs did not have board-reporting responsibilities.

The role began evolving in the mid-2000s as cyberattacks intensified and industry regulators and standards-setters began to respond to those incidents with new rules and guidelines. The continual adoption of more sophisticated systems and technologies, accompanied by data-driven approaches, continues to shape the CISO role to this day.

Some of these shifts raised questions about competing interests between the CISO and the CIO. CIOs, then as now, were charged with propelling the business forward – by transforming its inner workings from manual processes to automated processes via enabling technology – as quickly and cost-effectively as possible. That mandate and approach can sometimes come into conflict with the CISO’s mission to protect the organization from cybersecurity risks. New technology often introduces new risks and mitigating those takes time and costs money. CISOs were understandably conflicted about impeding the efforts of the person signing their checks. These issues started triggering more questions about whether the CISO position should be separated from the CIO and the IT function.

Later, regulations in the financial services industry – which has long served as something of a cybersecurity beacon for other sectors – raised additional questions about the CISO reporting structure. The Office of the Comptroller of the Currency (OCC), in its September 2014 Final Rule, OCC Guidelines Establishing Heightened Standards for Certain Large Insured National Banks, Insured Federal Savings Associations, and Insured Federal Branches; Integration of Regulations, distinguished the risk management responsibilities among an organization’s first (business units), second (risk management) and third (internal audit) lines of defense, which fundamentally changed how banks organized their reporting structures, including CISOs, whose independence from the CIO was established by having the position report instead to the chief risk officer (CRO), chief audit executive, CFO or even the CEO.

New stakeholders and benefits to consider

State, federal and national information security and data privacy regulations have proliferated in the past few years, and many of these new rules require companies to have a CISO position. For example, the Bermuda Monetary Authority’s Insurance Sector Operational Cyber Risk Management Code of Conduct and the New York Department of Financial Services cybersecurity regulation call for organizations to have a CISO in place.

In just the past few months, the U.S. federal government has issued a number of security memoranda and directives – among them President Joe Biden’s executive order to strengthen the nation’s cybersecurity – that underscore the need to have a CISO in place. In addition, the American Institute of Certified Public Accountants (AICPA) has a mock audit that is being proposed as an attachment to financial audits. It communicates the need for every public company to have a board member with security expertise.

Most companies have embraced digital strategies and operations, which require a security mindset, compliance with all relevant cybersecurity rules, and an expanding information security capability that encompasses preventative, detective and responsive capabilities in addition to strong governance and data privacy controls. The increased regulatory data privacy and security landscape, along with the growing prevalence and pervasiveness of ransomware and malware attacks, further underscores the importance of the CISO role.

These developments have increased the modern-day CISO’s responsibilities while raising important questions about the role and where it sits in the organization:

Regardless of the state of their cybersecurity capability, most organizations need to carefully consider, or reconsider, the CISO’s reporting relationship(s). A recent survey on CISOs, conducted by Hitch Partners, found that the percentage of CISOs in private companies who report to the CEO (27%) has more than doubled since 2019 (11%). The survey also shows a shift away from CISOs reporting to the CIO in publicly traded companies.

Ultimately, there are pros and cons to having the CISO report to another C-suite executive – such as the CEO or CRO versus the CIO. The benefits of reporting to the CEO or other C-suite officer include:

On the other hand, there also are benefits to consider in maintaining a CISO-CIO reporting structure, such as:

CISOs and their C-suite colleagues have a lot to weigh when evaluating which reporting structure serves the best interest of the organization. Given the challenging mandates CISOs have to protect their increasingly data-driven organizations amid a rapidly growing threat landscape, those considerations are well worth conducting.

To learn more about our CISO Next initiative, contact us. 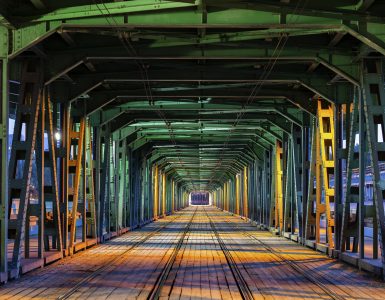 Often, companies are so focused on getting to an optimal and secured environment across their SAP business applications and information systems landscape, they overlook the importance of connecting the dots to a broader identity access strategy... 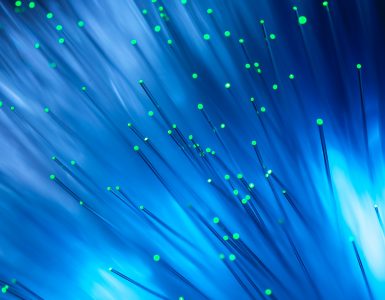 What drives cybersecurity spend and budget decisions? Too often, the reasoning behind these decisions is reactive in nature, rather than proactive. Often, CISOs see budget increases following a breach at their organization or in response to what is... 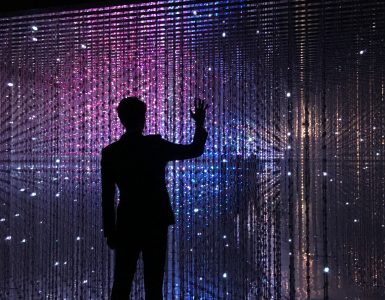 Information security leaders face an enormous threat affecting organizations of every size and in every industry as ransomware is being used to extort capital from companies worldwide. The bottom line According to recent research, the average...

In this special #Identity at the Center #podcast episode, hosts Jim McDonald and Jeff Steadman talk with Andrew Shikiar, Executive Director of the #FIDO Alliance, about the upcoming Authenticate 2021 Conference. Listen now: http://ow.ly/kwnz50GbiHc

#Identityaccessmanagement #governance is a key component to safeguarding #digital assets. For companies that rely on #SAP applications, establishing an SAP #IAM #centerofexcellence is essential for a clean #security and controls environment. Learn more: http://ow.ly/8ePw50GaxmO

#Ransomware threats have evolved beyond #data #encryption to data #theft and extortion that can #disrupt organizations. In this #webinar, we'll outline how to anticipate and respond to the threat environment facing organizations. Register now: http://ow.ly/sIUM50Ga70B

This Thursday! Protiviti experts will discuss best practices for migrating #AX2012 to #D365, illustrating the demand for efficiencies within the market to meet a growing requirement for optimized profit margins. Register now: http://ow.ly/ayzj50FTAne

Protiviti Managing Director Douglas Sellers spoke with @CFODive on how a good way to start reducing risk when choosing how to implement APIs is the API gateway. Read more: http://ow.ly/uU2I50G9FiL